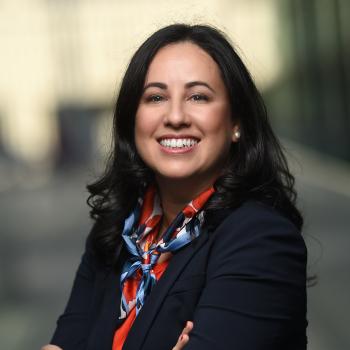 As the Director of the Translational Therapeutics Lab and Associate Professor in the Department of Psychiatry and Behavioral Sciences, Dr. Rodriguez leads studies investigating the brain basis of severe mental disorders. Her landmark clinical trials pioneer rapid-acting treatments for illnesses including Obsessive-Compulsive Disorder (OCD) and Post-traumatic Stress Disorder (PTSD).

Her NIH-, foundation-, and donor-funded mechanistic and clinical efficacy studies span targeted glutamatergic and opioid pathway pharmacotherapy, noninvasive brain stimulation, and psychotherapy for OCD, PTSD, and hoarding disorder.Dr. Rodriguez also serves as Deputy Editor of The American Journal of Psychiatry, member of the Research Council of the American Psychiatric Association, member of Brain & Behavior Research Foundation Scientific Council, and Scientific and Clinical Advisory Board member of the International OCD Foundation.

She has won several national awards, including the Presidential Early Career Award for Scientists and Engineers (PECASE). The PECASE recognizes investigators who are pursuing bold and innovative projects at the early stages of their careers and is considered one of the highest honors in scientific research. Carolyn presented her research at the World Economic Forum in Davos, and her work has been highlighted by organizations including NPR, PBS, New York Times, ABC News, NBC News, Newsweek, and Time.com.