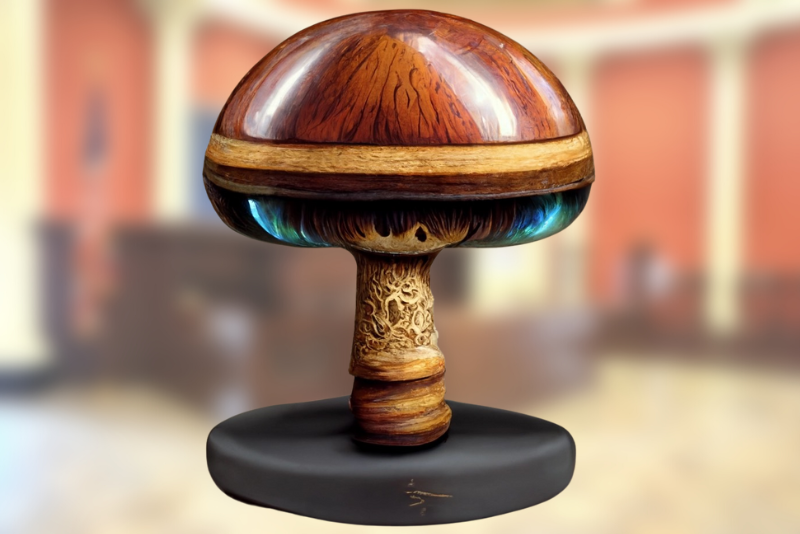 I recently attended the virtual Sana Symposium. The entire event served as a great overview of the state of psychedelic medicine and included notable speakers like Osmind scientific advisor, Dr. Robin Carhart-Harris.

At the time of writing this, Colorado just announced that proposition 122 passed and Psilocybin is now legalized! While clinical and research interest in psychedelic-assisted therapy is blossoming, legal regulations take time and know-how to navigate.

To help you make sense of the current landscape, I'll summarize what we currently know. Much of this content comes from Sean T. McAllister, Esq, an attorney specializing in regulatory law with over 25 years of experience working in drug policy reform.

The take-home message from Sean's presentation: Let’s celebrate our wins while remaining mindful of complications and gray areas that come with more widespread psychedelic adoption.

Ketamine is the only psychedelic that is legal for off-label use at this time. As a schedule III substance, you have to follow all state and federal laws surrounding registration, storage, inventory management, security, record keeping, and prescription protocols. You have to follow rules about who is administering, manufacturing, storing, or distributing the drug, and must register with the DEA.

How far can off-label use go?

What training do you need to sit with someone, or who do you need on-site to give IM ketamine?

The MD doesn’t have to sit with the patient—they just prescribe it and the patient can go get it and they can take it on their own.

MDMA is in FDA-approved clinical trials, with expected full approval in 2 to 3 years.

Psilocybin is in FDA-approved clinical trials, with expected full approval in 5 years.

States that decriminalized psychedelics (and in some cases, legalized Psilocybin)

Oregon has quasi-personal decriminalization laws. What that means in practice:

Patients have to take the psychedelics in the clinic, and can’t take them at home. They can still be arrested for possession, but not put in jail. Rather, they’d be fined or mandated to go to a doctor to get an evaluation.

Takeaway: Oregon doesn’t really have decriminalization. Stay tuned for legal drafts coming out in April with updates. In the meantime:

Initiative 58, aka prop 122 just passed in November 2022! This is the most aggressive decriminalization legislation effort in history for naturally occurring psychedelics. At a high level, prop 122 will take effect in the Fall of 2024, and will allow:

To read more about this landmark legislation, head to naturalmedicinecolorado.org.

Right now, psychedelics are decriminalized in certain cities, but not at the state level.

To decriminalize psychedelics at the state level, many people think we need to go to the ballot initiative process—which wouldn’t happen until 2024.

SB 519 passed the Senate in June 2021, and now will be evaluated by the assembly, then the governor of California. If passed, the bill would decriminalize seven psychedelics and create a state task force on regulation.

Both states passed laws legalizing research on (but not the use of) psilocybin.

To make matters more confusing, certain cities have decriminalized psilocybin and/or all entheogens. Note that decriminalization doesn’t always decriminalize the sale or sharing of these substances, and doesn’t address state laws around regulated therapists and doctors.

Cities that decriminalized all entheogens:

Cities that decriminalized psilocybin, but not other entheogens:

Regulations surrounding psychedelics are ever-evolving. Even if you’re in a decriminalized state, you ideally should consult with a regulator in advance before practicing with psychedelics. The following are questions that remain in a gray area:

1) Once legalized in state, how will state regulators view licensed professionals who want to participate in hybridized medical–therapy practices?

2) Are you in scope to do psychedelic-assisted therapy?

3) Can you go to countries where psychedelics are legal (e.g., Jamaica) and facilitate a retreat? Legally you can, but what would your licensing board say?

4) What can clinicians do to protect themselves legally?

These questions and considerations aren’t prescriptive or meant to shame you if you’re called to offer psychedelic treatments. Rather, they’re signposts to help guide you. As with anything in medicine, reflecting and answering honestly will help protect you and your patients.

Predictions to pathways to access/parallel tracks of coming legalization:

With all the data available, we're still in the early stages, so there’s no guarantee of zero risk when dealing with psychedelics. The real question is how to put yourself in a position you’re comfortable with to practice in harmony with your values and minimize risk.

There doesn’t seem to be a huge resistance to rescheduling psychedelics. It’s more of a question of what will be involved for them to be approved. If these compounds are FDA-approved, some states will be rescheduled quickly, while others will be maddeningly slow.

Either way, the FDA is requiring larger studies than entities initially anticipated. Psychedelics require longer-term studies. Unlike SSRIs, psychedelics are taken episodically. Questions remain like when to re-dose as the treatment fades. To address similar unanswered questions, studies need to be longer—up to a year. MDMA for PTSD will be a good test run to see how this process unfolds in the coming months and years.