Sublingual ketamine troches for home use (Part 1): An evidence-based introduction 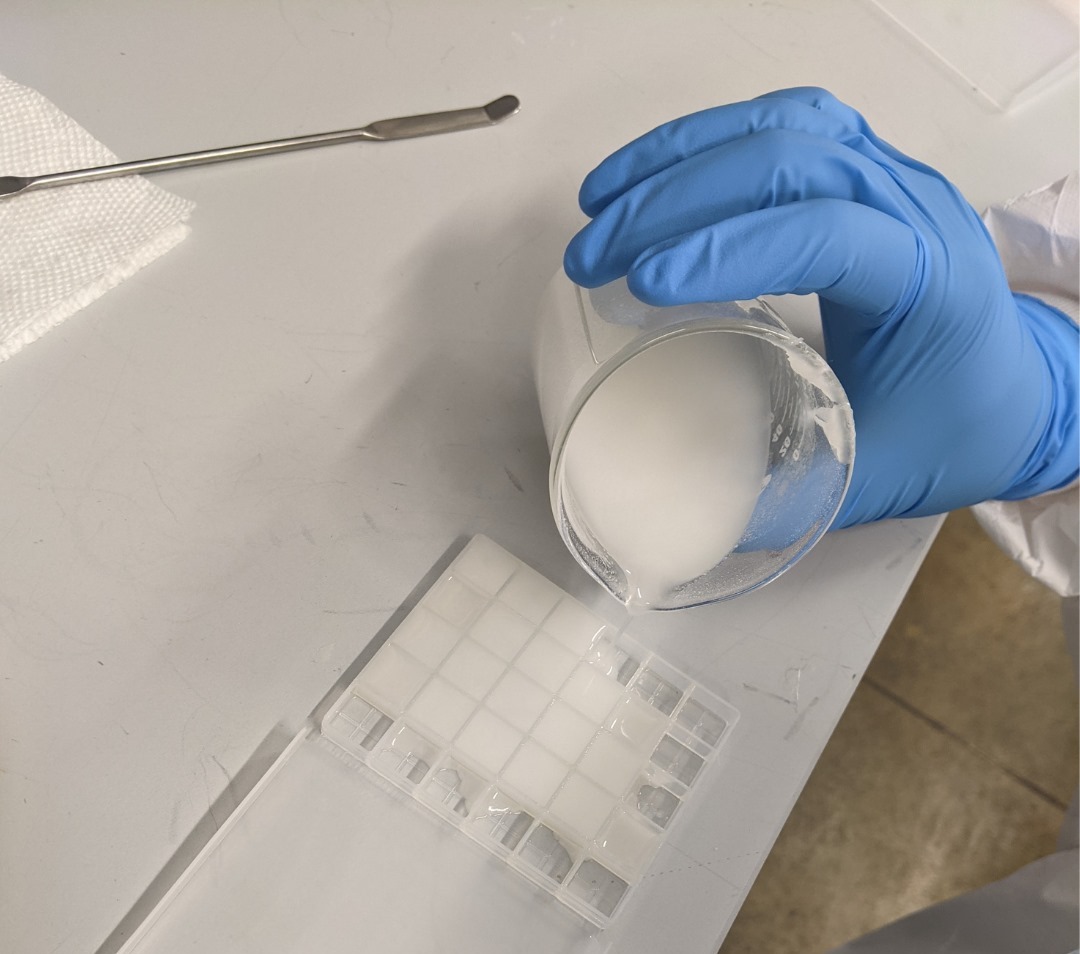 As the largest EHR focused on treatment-resistant mental health practices in the country, Osmind serves tens of thousands of patients, and many are active members of the Osmind Patient Community.

The community provides peer-to-peer support for people with mental health conditions who are interested in breakthrough treatments like ketamine, psychedelic-assisted therapy, and other emerging psychedelics.

Recently, we discovered a fascinating insight that the most consistently popular topic in the community among patients has been ketamine troches, or sublingual (SL) ketamine lozenges for home use.

As a psychiatrist and ketamine-assisted psychotherapy (KAP) practitioner with extensive experience in home-use ketamine, I am also deeply interested in this topic.

‍Troches are small medicated lozenges that are designed to dissolve. They are used as a vehicle to deliver medication for the treatment of a wide range of conditions. Troches are administered under the tongue or the side of the cheek, and deliver much of their active ingredients to the bloodstream, diminishing first pass metabolism by the stomach and liver.

During the pandemic, a stipulation in the Ryan Haight Online Pharmacy Consumer Protection Act of 2008 that required clinicians to meet with their patient face to face prior to prescribing controlled substances, was relaxed.

The Ryan Haight Act is enforced by the Drug Enforcement Agency (DEA) and was created to regulate online internet prescriptions and impose rules around the prescription of controlled substances through telepsychiatry.

Companies like MindBloom and Nue Life have, at times notoriously, made home use lozenges their business model following relaxation of the Ryan Haight Act constraints.

‍VICE wrote a scathing article about errors in prescribing among other shortfalls at Mindbloom, but there has been at least one positive high-profile review of the company’s model in Forbes.

At $1,158 for 6 sessions, Ketamine troches/lozenges are a more affordable alternative than intravenous ketamine. But do they work?

Mindbloom recently published their real-world data that I’ll discuss below.

Why do clinicians use SL ketamine for home use?

1) Clinical necessity: There are patients who receive intravenous (IV) or intramuscular (IM) ketamine that get benefit, but the benefit is short-lived on the order of 1-2 weeks. They simply can’t afford to get clinician-administered treatments more often and thus take troches at home to tide them over till the next clinic visit.

2) Cost: The relatively low cost of compounded SL ketamine troches ($75-90/month in the Bay Area where I live) is also a compelling reason for home use.

3) Access: Lack of access to IV/IM ketamine or intranasal (IN) esketamine appointments due to geographical location or high cost.

4) Convenience: Many patients are not able to take the time off work for IV/IM ketamine or IN esketamine. Others don’t want to worry about traveling for extended periods or to an area without a clinic offering these treatments, electing to keep a supply of their own troches instead.

Is SL ketamine effective for depression?

I found only 3 small randomized controlled trials (RCTs) looking at oral ketamine for depression, although results were promising:

3) Finally, Arabzadeh et al. 2018 used 50 mg oral ketamine to speed response to sertraline in an RCT (n=81) and found separation of the ketamine + sertraline treatment arm at 2 weeks. This is a particularly interesting study that promises rapid relief of depression even to those without treatment-resistant depression (TRD).

Now let’s take a look at the Mindbloom real-world data results for SL ketamine, which are impressive, though they face the problem of missing data (i.e. patients who start out in treatment but do not complete all the outcomes data) that plagues all of us doing real-world data analysis.

For example, of the 2,820 patients who started the SL ketamine treatments, the authors only reported on 1,247 of those who completed treatment and had outcomes data pre and post the 4 session intervention.

The missing data seemed to largely result from failure to fill out survey data at visit 4 – and we don’t know what this means. Does it reflect dropout due to dissatisfaction with treatment, or possibly success and a wish to avoid an extra charge?

Regardless, their model is light psychological support pre and post treatment with 4 weekly treatments as the first step.  Dosing was about 5 mg/kg in the form of a sublingual troche, which are high doses compared with other published data in the field.

The depression results are consistent with those we reported in our first paper from Osmind Real-World Ketamine Analyses (ORKA) for ketamine infusion therapy induction, although, as we acknowledged, they almost certainly represent an upper bound due to missing data.

To learn more about Mindbloom's data, watch a video of data presented at the Ketamine International Journal Club on 7/22/22 here.

What are the side-effects of SL ketamine for home use?

Given the reduced bioavailability of oral (17%) and SL (29%) ketamine, it makes sense that side-effects are relatively reduced compared with IV and IN ketamine if doses remain under 1mg/kg (Rosenblatt et al. 2019).

Rosenblatt’s group noted no significant side effects, and no problems with tolerance or substance misuse in any of the studies they reviewed for their meta-analysis, which encompassed 140 patients who received ketamine for up to 3 years.

The MindBloom data is by far the largest study of home use ketamine with the following side effect reportage:

“Side effects were reported by 59 (4.7 %) patients after session 2, and by 27 (3.8 %) patients after session 4. Four of these individuals had their treatment discontinued due to adverse events: one due to elevated heart rate, one due to worsening symptoms of depression, one needing to visit a urologist for follow-up on increased urinary pressure, including hematuria 24 h after the fourth medication session, which resolved with confirmatory CT and ultrasound, and a final who presented to the emergency room for worsening anxiety and depression who was then admitted for ongoing psychiatric services.”

Regarding the mention of hematuria above, occasional case reports of ketamine cystitis, a potentially serious type of hemorrhagic bladder inflammation, have surfaced in patients taking prescription ketamine. However this is typically a problem only with daily abuse on the order of a gram a day.

Where does one find ketamine troches?

Prescribers can obtain ketamine troches of the strength they specify from local compounding pharmacies.

I recommend asking about flavoring as ketamine has a very bitter taste.

In the Bay Area where I live, the cost of a month’s supply is anywhere from $70-100. No special license is required, though clinicians should always document a check of the state’s prescription drug monitoring program to make sure they’re aware of any other active controlled substances prescribed to their patient.

So what does The Evidence Base say about sublingual ketamine troches for home use?

1) There is now published real-world data that supports the efficacy of ketamine troches for home use at least in the short term.

2) Side-effects are, in general, less burdensome than those for IV ketamine–though they have also been less well studied.

Sublingual (SL) Ketamine via troches/lozenges is growing in popularity as a method of administration for many reasons:

In Part 2 of my series on ketamine troches for home use, I provide a practical guide to home use ketamine for those who are interested, including a discussion of how to manage abuse potential.

Dr. L. Alison McInnes is Vice President, Medical Affairs at Osmind. She is a nationally recognized expert in psychiatry and mood and anxiety disorders, having specialized in treating refractory disease for over a decade. She is an expert in ketamine treatment and psychedelic medicine. McInnes founded and served as Medical Director for Kaiser Permanente's ketamine infusion therapy program for a number of years, and was previously an Associate Professor of Psychiatry at Mount Sinai School of Medicine for 8 years where she ran a lab in psychiatric genetics. She was also an adjunct clinical professor at UCSF.